Despite the pandemic situation the Concerto for Contrabasso and orchestra, ”Lost Birds” will be premiered on Dec. 11 in Kiev by the eminent soloist, Niek de Groot and the Kyiev Symphony Orchestra, conducted by Luigi Gaggero.
Here’s the program note:
The Concerto ¨Lost Birds¨ was composed in 2018 and commissioned by the eminent soloist, Niek de Groot. The title was inspired by the sound of the Contrabass and its rare role as a solo instrument in a concert, but also inspired by the opening track of the King Crimson album, ¨Islands¨, a favourite music of my youth.
Each of the moments is dedicated to some extinct bird species, which is portrayed in the three movements; the Dodo bird (Raphus cucullatus) in the first movement and the Kauai-oo Bird (Moho braccatus) in the second movement, which is based on the recording of the last male’s mating call in 1987.
In the third movement the gigantic Moa Bird (Dinornithidae) is portrayed.
The special character and the nature of melancholy of the sound of the Contrabass suited well for these portraits.

On Feb.13th, the world premiere of the Cello Concerto, commissioned by the Swedish Radio P2 and written for the soloist, Amalie Stalheim, at Malmö Live, with the Malmö Symphony Orchestra, conducted by Patrik Ringborg.
From the rehearsal:
fr. 1st. mov.: 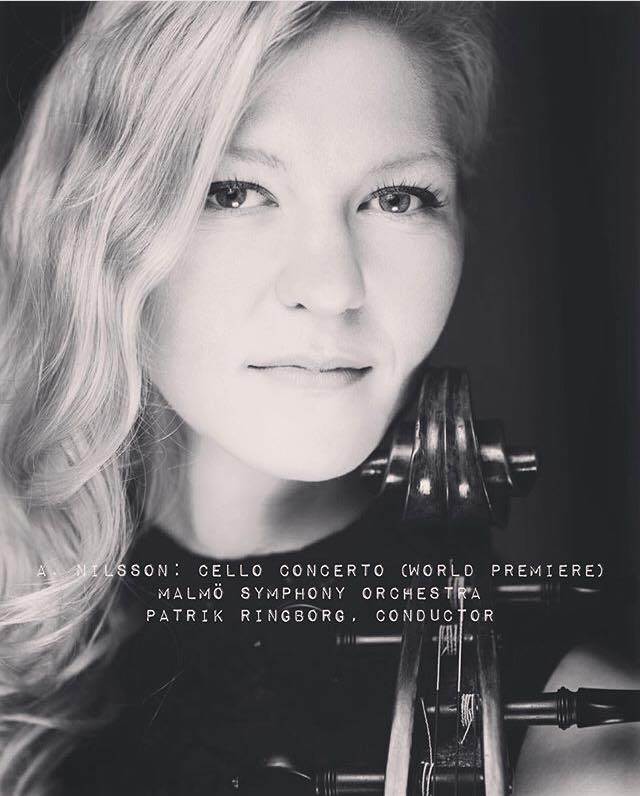 A top review of the new CD by Martin Nyström, Dagens Nyheter:

”Cd-review: one of the foremost Swedish symphonies ever written:

It's always a pleasure to hear a new work by Anders Nilsson. In what genre it may be. In everything from smaller solo pieces to large-scale opera, one is struck by an incredibly good composer. And the works on this full-featured CD are no exceptions. Here we hear the exciting springy and playful Piano concert, the decidedly lucky and aggressively marching "Zarah Suite" of the opera about Zarah Leander and the Franz Liszt-owning "Chaconne" for solo piano.

But above all, we get his organically flowing fourth symphony from 2016 with its wonderfully rising four-tone theme that wanders from horizon to horizon, and as Västerås symphony under Eva Ollikainen makes pure magic. This has to be one of the premier Swedish symphonies that have been made.¨
A new CD released today, Feb.16 2018, from dBProductions with the Fourth Symphony and other works: 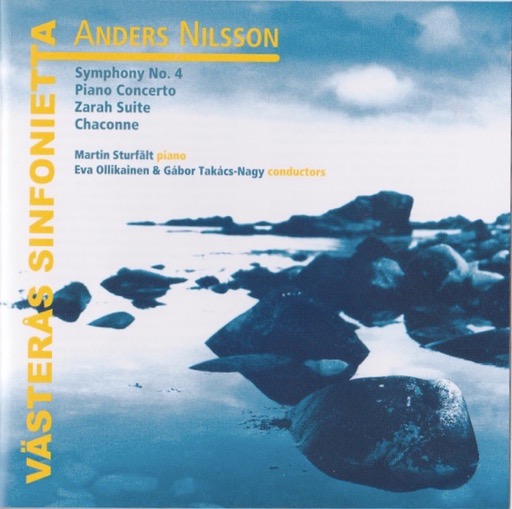 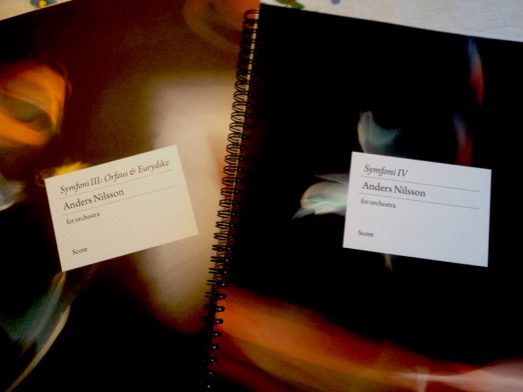 TWO NEW SYMPHONIES, COMPOSED WITHIN ONE-AND-A-HALF YEAR, TO BE PREMIERED WITHIN A HALF A YEAR:
The season 2016-17 will see Anders Nilsson as featured composer at the Västerås Sinfonietta and the following pieces will be performed:
Zarah-svit in Västerås at Sept. 8th and in Sala on the 9th at 7 pm. The Västerås Sinfonietta conducted by Simon Crawford-Phillips
The Piano Concerto on Jan. 26th 2017 with Martin Sturfält, piano and Gábor Takács Nagy, conductor.
and the world premiere of Symphony IV on March 9th with Eva Ollikainen, conductor..

The world premiere of Symfoni III took place in Umeå by the NorrlandsOperans symfoniorkester on Nov. 24th, conducted by James Feddeck. The symphony received overwhelming standing ovations by the audience. 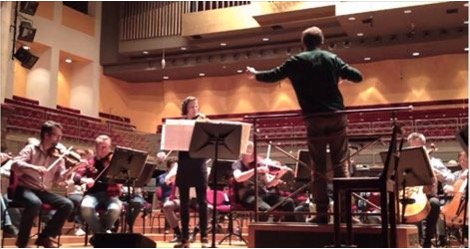 On April 14 the Violin Concerto will be performed for the fourth time since it was premiered 2013. This time the venue is at Uppsala Konsert & Kongress, with the Uppsala Chamber Orchestra,
Cecilia Zilliacus, soloist (who also premiered the concerto) and conducted by Marcello Mottadelli:
Tickets and info here:
http://www.ukk.se/konserter/kalendarium/2016/uppsala-kammarorkester-violinkonsert-14-april/


On September 5th 2015 the swedish pianist Martin Sturfält premiered ¨Chaconne¨, a piece written for him, on a pianomaraton at the Concert Hall in Stockholm, at 2 pm. Here's what he wrote about the piece in his blogg:
¨The piece in question is called Chaconne and was commissioned by me from Swedish composer Anders Nilsson. Anders has written two works for solo piano before, and me and my colleagues widely recognize those as some of the best music written for piano in Sweden in the last few decades. Those works were both composed more than 20 years ago, and despite their success we have had to wait a long time for another piano work from Anders' pen... until NOW! Personally I can hardly wait to present this new piece to the public, and I have just come far enough in the learning process to finally hear it properly myself, and just as I suspected we are faced with some powerful and beautiful music. So, be there on the 5th September!¨
http://juniperhillpianist.blogspot.se/2015/08/chaconne.html
In March 2015: The Violin Concerto received standing ovations when it was performed for the second time since it's succesful world premiere, May 2013. With the same soloist, Cecilia Zilliacus, and with the Västerås Symphony Orchestra and Fredric Burstedt. conductor this performance took place at the Västerås Concert Hall.
Here's a video from the rehearsal before the premiere, 2013:

On the newly released CD in October (2014), with the Erik Westberg Vocal Ensemble, performing works commissioned for them, there is also the world premiere recording of ¨Lux Aeterna¨. It is based on an earlier piece, ¨Aria¨ (1988) for soprano and organ, but was transformed and extended for choir and soprano saxophone. Lux Aeterna was premiered during a tour in Brazil 1995 by the Vocal Ensemble, Mattias Wager, organ and Anders Paulsson, soprano saxophone. However, on this recording the soprano saxophone part is performed by Carl Henrik Fernandi.
Soon available on iTunes Album: ¨Originals¨ with Erik Westberg Vocal Ensemble.


On Sept. 13 ¨Miniatures¨ will be premiered at the Royal Festival Concerts at the Royal Palace in Stockholm, by Nils Erik Sparf, violin, Emil Jonason, clarinet, David Härenstam, guitar, Andreas Brantelid, cello and Peter Friis-Johansson, piano. The premiere will also be repeated on Sunday 14th.

In January the end of Symphony no. II - Symphonic Dances - was televised with the Swedish Radio Symphony Orch. Paul Daniels, cond.: 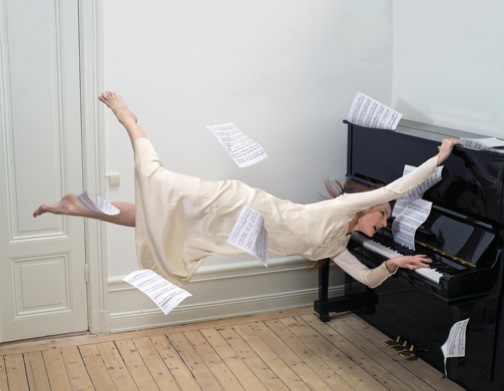 WORLD PREMIERE!
¨KIRA - In the house where I live¨, which the composer Anders Nilsson has written for Charlotte Engelkes, with lyrics by Sophie Holgersson and Engelkes, was premiered by Charlotte Engelkes and 13 musicians from Västerås Sinfonietta. The premiere in the Västerås Concert Hall on October 10 was followed by performances in Sala and Uppsala, October 12 and 13.
The plot of ¨KIRA - In the house where I live¨ is positioned to a house with former rental apartments which has been reconstituted into condominiums in a large Swedish city. However, the house has one remaining tenant who plays Schubert at a high volume. There is a night girl waiting in her window on someone who never comes. There's the man opposite, a jobless ghost and mean calculating condominium chairman.
Charlotte Engelkes makes herself all the roles. Artist duo Performing Pictures stands for multimedia set design and costume.
- KIRA is a short opera for tall woman, half Sinfonietta and a whole house, says Charlotte Engelkes. A contemporary fairy tale about what can happen to the human community and good neighbour spirit when the public becomes private. A visual and wayward performance with humour in a new Swedish musical drama.
KIRA - In the house where I live
Starring: Charlotte Engelkes
Music: Anders Nilsson
Concept and text: Charlotte Engelkes, Sophie Holgersson
Scene Image, video installation, costume: Performing Pictures

The Violin Concerto was premiered on May 22 & 23 maj by Cecilia Zilliacus, Daniel Blendulf, conducting the Royal Philharmonic Orchestra in Stockholm.
It's possible to listening to a radio recording until Oct. 5th.

The Concerto was warmly received by a moved audience and the critics talked about that ¨this Violin Concerto is indeed worth to find it ways out in the world.¨
From the rearsals: